It’s time…
for a change

The impacts of climate change have begun

Climate Change is the defining issue of our time and we are at a defining moment. From shifting weather patterns that threaten food production, to rising sea levels that increase the risk of catastrophic flooding, the impacts of climate change are global in scope and unprecedented in scale.

Without drastic action today, adapting to these impacts in the future will be more difficult and costly

The Human Fingerprint on Greenhouse Gases

Greenhouse gases occur naturally and are essential to the survival of humans and millions of other living things, by keeping some of the sun’s warmth from reflecting back into space and making Earth livable. But after more than a century and a half of industrialization, deforestation, and large scale agriculture, quantities of greenhouse gases in the atmosphere have risen to record levels not seen in three million years. As populations, economies and standards of living grow, so does the cumulative level of greenhouse gas (GHGs) emissions.

There are some basic well-established scientific links:

The concentration has been rising steadily, and mean global temperatures along with it, since the time of the Industrial Revolution

The most abundant GHG, accounting for about two-thirds of GHGs, carbon dioxide (CO2), is largely the product of burning fossil fuels

The Intergovernmental Panel on Climate Change (IPCC) was set up by the World Meteorological Organization (WMO) and United Nations Environment to provide an objective source of scientific information. In 2013 the IPCC provided more clarity about the role of human activities in climate change when it released its Fifth Assessment Report.

It is categorical in its conclusion: climate change is real and human activities are the main cause

The report provides a comprehensive assessment of sea level rise, and its causes, over the past few decades. It also estimates cumulative CO 2  emissions since pre-industrial times and provides a CO 2  budget for future emissions to limit warming to less than 2°C. About half of this maximum amount was already emitted by 2011. The report found that: 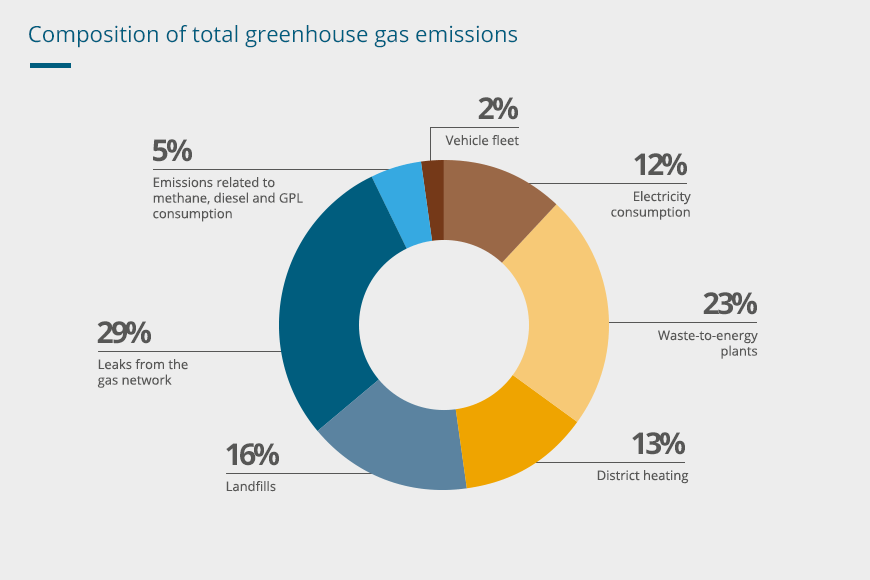 From 1901 to 2010, the global average sea level rose by 19 cm as oceans expanded due to warming and ice melted. The sea ice extent in the Arctic has shrunk in every successive decade since 1979, with 1.07 × 106 km² of ice loss per decade. Given current concentrations and ongoing emissions of greenhouse gases, it is likely that by the end of this century global mean temperature will continue to rise above the pre-industrial level. The world’s oceans will warm and ice melt will continue. Average sea level rise is predicted to be 24–30 cm by 2065 and 40–63 cm by 2100 relative to the reference period of 1986–2005.

There is alarming evidence that important tipping points, leading to irreversible changes in major ecosystems and the planetary climate system, may already have been reached or passed. Ecosystems as diverse as the Amazon rainforest and the Arctic tundra, may be approaching thresholds of dramatic change through warming and drying. Mountain glaciers are in alarming retreat and the downstream effects of reduced water supply in the driest months will have repercussions that transcend generations.

In October 2018 the IPCC issued a special report on the impacts of global warming of 1.5°C, finding that limiting global warming to 1.5°C would require rapid, far-reaching and unprecedented changes in all aspects of society. With clear benefits to people and natural ecosystems, the report found that limiting global warming to 1.5°C compared to 2°C could go hand in hand with ensuring a more sustainable and equitable society. While previous estimates focused on estimating the damage if average temperatures were to rise by 2°C, this report shows that many of the adverse impacts of climate change will come at the 1.5°C mark.

The report finds that limiting global warming to 1.5°C would require “rapid and far-reaching” transitions in land, energy, industry, buildings, transport, and cities. Global net human-caused emissions of carbon dioxide (CO2) would need to fall by about 45 percent from 2010 levels by 2030, reaching ‘net zero’ around 2050. This means that any remaining emissions would need to be balanced by removing CO2 from the air.