Environmental protection as a primary objective

The non-profit cultural association Cinzia Vitale was founded in 2012 in memory of prematurely-departed Cinzia Vitale. The President Roberto Vitale wanted to commemorate his sister giving “life” to some dreams… to be the voice for those who have none. Vitale Onlus intends to pursue only non-profit social solidarity and this through events connected with the promotion of culture and art, as well as a more complete human and social development for the enhancement of the linguistic heritage and the environmental protection.

The honorary and the scientific committees of Vitale Onlus include, among others, the Nobel Peace Prize Filippo Giorgi, Lawrence Banks, general director of the International Centre for Genetic Engineering and Biotechnology, the journalists Tiziana Ferrario, Toni Capuozzo and Sergio Canciani, the UN spokesman for critical areas Andrea Angeli, Maria Giovanna Elmi, as well as academic and diplomatic figures. Other meritorious members include the journalist Paolo Rumiz, the writer Claudio Magris, the ambassador Staffan de Mistura, the scientist Mauro Giacca, bishop Fouad Twal, Latin Patriarch of Jerusalem, the late lamented astrophysicist Margherita Hack, the archbishop Guido Pozzo, almoner of His Holiness Benedict XVI and Andrea Margelletti, president of the Centre for International Studies. 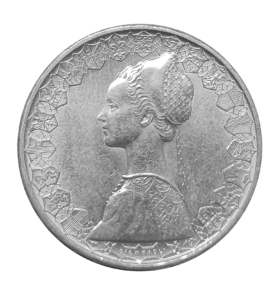 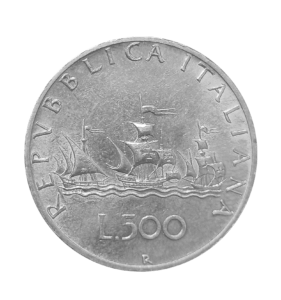 In addition to the parchment, the Cinzia Vitale Prize consists of a silver coin of 500 lire minted in 1964, the year in which Cinzia Vitale was born. The Italian Republic, to date, has issued only two silver coins intended for circulation, namely the 1,000 lire Roma Capitale and the 500 lire. This last coin of 1964, chosen by the Vitale family as a symbol of the prize, weighs 11 grams and is called “Caravelle” due to the design of the obverse in which three caravels appear with the bow facing to the right and the tips of the flags towards the nose of the boats. The coinage of this side was engraved by Guido Veroi who chose the three caravels to symbolize the economic rebirth of Italy in those years. On the reverse, however, you can admire a bust of a woman surrounded by the coats of arms of nineteen regions or regional capitals, and among these the city of Trieste where Cinzia Vitale was born. 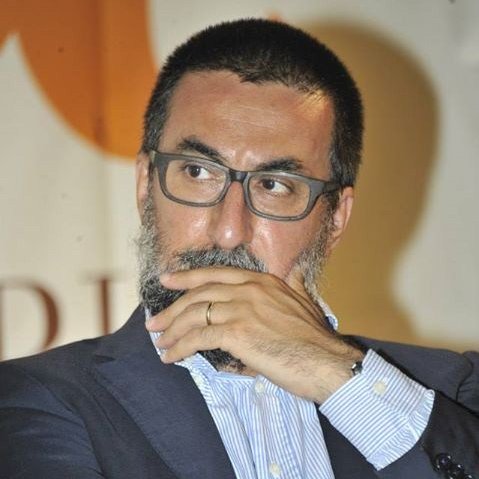 The president and artistic director of the Motumundi festival is Roberto Vitale. Born in Trieste in 1968, columinist for the newspaper Il Gazzettino he attended the faculty of Letters and Philosophy and graduated with a thesis on Psychology of Communicatio”. He was spokesman of the Italian UN contingent in Lebanon and of UNIFIL Sector West (Italy, France, Ghana, South Korea, Slovenia, Brunei and Malaysia), deployed in compliance with the UN Security Council resolution 1701, and Senior Expert of Communication in the programme Instrument for Stability of the European Commission.

Among his foreign experiences in journalism, he reported from Eastern Europe, Iraq, Jordan, Lebanon, Malaysia, France, Ghana, Greece, Egypt and the United States of America, where back in 2003 he documented for Il Gazzettino the arrival of the Isabel hurricane, one of the most violent natural phenomena in history, which hit devastating part of the north-eastern coast. He also followed, as a correspondent, several military operations abroad.

He is co-author of the book La sicurezza sul lavoro dei ricercatori in zone a rischio geopolitico. Cos’è la normalità tra intelligence e terrorismo? [Safety at work of researchers in areas of geopolitical risk. What is normality between intelligence and terrorism?], which is actually the first tool in Italy and probably in Europe to offer an overview of international security. Published by EUT (University of Trieste Publishing) in 2017, it is dedicated to the memory of Giulio Regeni, the researcher who was killed in 2016 in Egypt while he was carrying out a research on independent unions. Lampi di guerra sul Libano [Flashes of war above Lebanon], published by Italo Svevo in 2009, is the title of the book about the peacekeeping mission of UN Blue Helmets in Lebanon during the last Israeli-Palestinian war in the Gaza Strip.

Coping with life is not easy, doing it with war is even more difficult, but this is the condition that after a concise, though complete prologue of the ambassador Gabriele Checchia, who provides the reader with an overview of the historical context of the book – allowed Vitale to talk about the exhausting succession of ceasefires, which for ages had prevented peace, until the day of the new American dream: 20 January 2009, the inauguration day of Barack Obama as US President, the day after the end of the Israeli-Palestinian “Operation Cast Lead” war. He is also author of journalism and communication pamphlets.

The distinctions include the UN Commemorative Medal, the UNIFIL peacekeeping mission Commemorative Medal, the Italian Red Cross Merit Bronze Medal and the 14th-century Seal of the City of Trieste. He also received a commendation from the UN Joint Task Force Lebanon Headquarters. Vitale was also awarded the special prize for the journalism career from Aerec (European Academy for Economic and Cultural Relations), the Agape prize and the Africa-Italy Excellence Award.

Young and old, women and men representing a multiculturalism are the distinctive characteristics of the Motumundi Team

Graduated in Political Science from the University of Florence with a thesis on the Nazi massacres in Tuscany published by the Tuscany Region. A scholar of the twentieth century and the years of lead, writer and journalist, he has published several essays on the Resistance and on the contemporary age. For Longanesi he published The heroes of Via Fani, the story of the men in Aldo Moro&#39;s escort (Gold Florin at the Florence International Award and Silver Pegasus of the Tuscany Region) and The Last Survivor of Cefalonia (finalist at the FiuggiStoria 2020 Award and Acqui Storia 2020). Since 2014 he is Deputy Mayor and Councilor for Culture of the Municipality of Cavriglia. 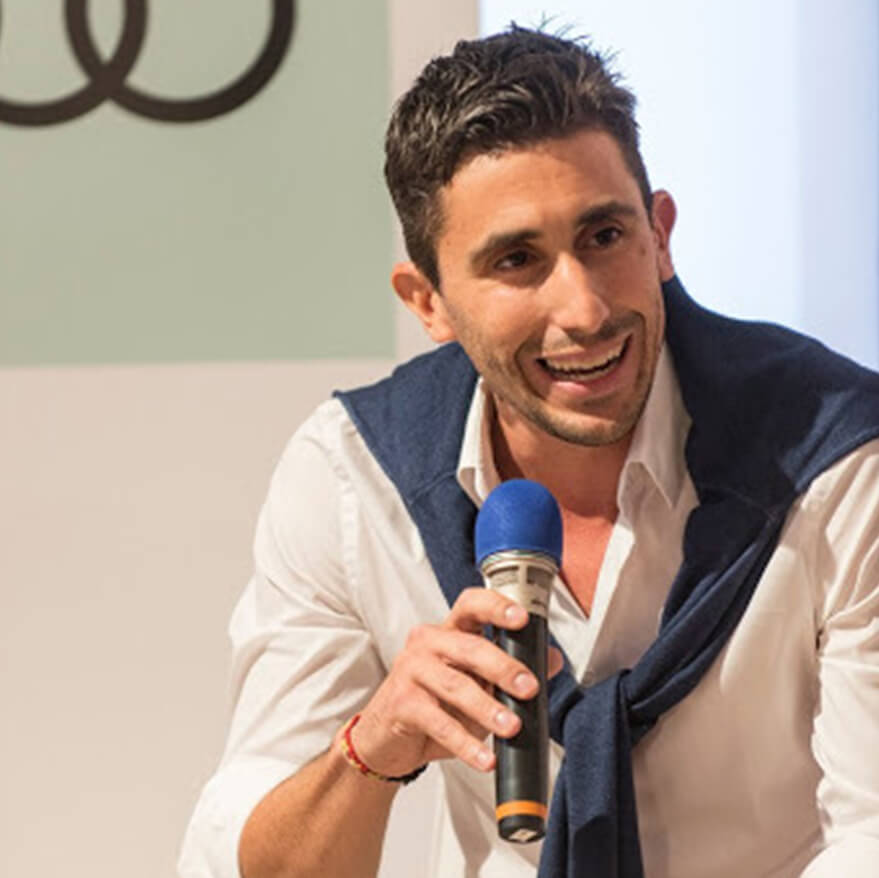 Company officer, she worked first in the banking sector as an accounting and budget analysis expert, then in the insurance sector with the task of supervising the accounting administration of national agents. Civil and commercial mediator, he attended the Faculty of Economics at the University of Trieste, graduating in Economics and Commerce with a thesis in Labor Economics entitled “International migration: economic, social and institutional aspects”. Subsequently he attended the degree course in Administration Sciences at the Faculty of Political Sciences, graduating with a thesis in Administrative Procedural Law entitled “The alternative between judicial appeal and extraordinary appeal to the Head of State”. He deals with environmental problems and ecological defense. 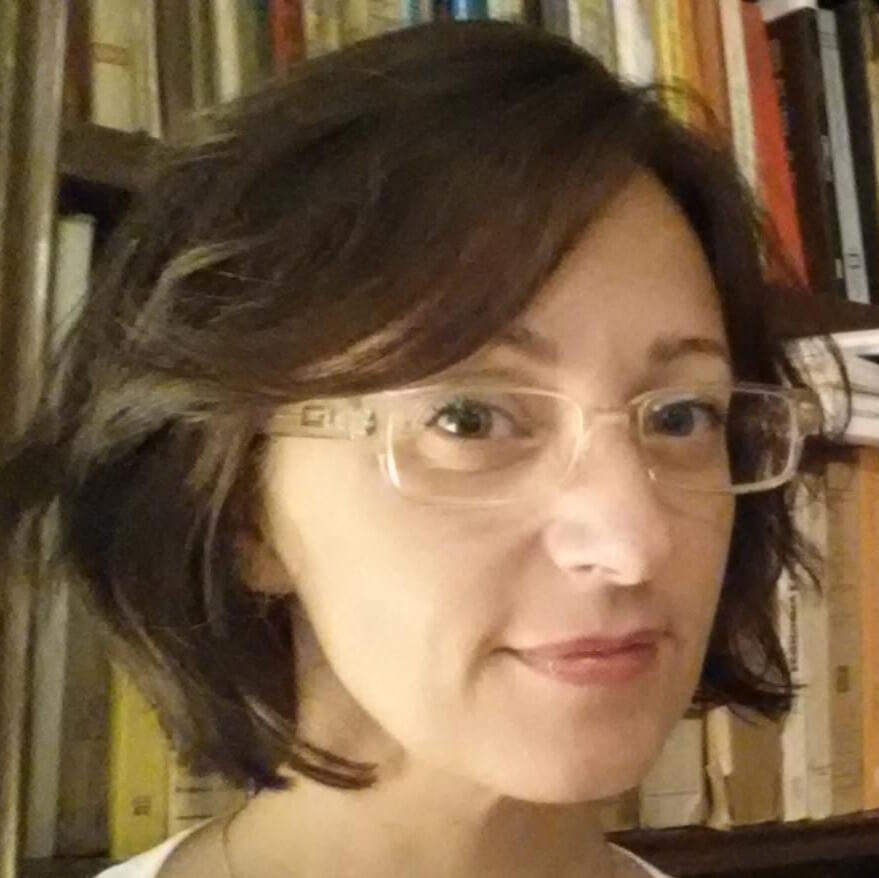 Consultant, journalist and author. Born in 1967 with a degree in political science and a master’s degree in environmental management systems. Already a young activist and manager of Legambiente, he subsequently worked in Italy following sustainable development and green economy projects on behalf of companies, organizations and non-profit organizations. For several years he has received assignments in international cooperation projects and humanitarian aid in developing countries. It currently operates in the field of corporate and institutional communication with a focus on social and environmental conflicts. 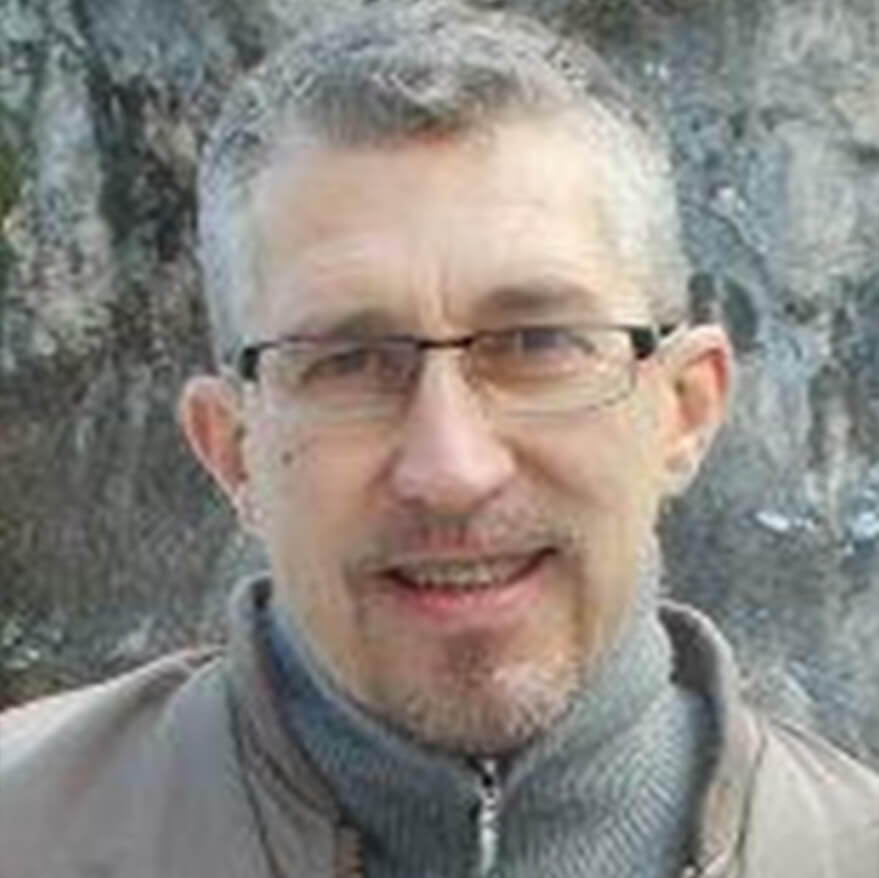 Graduating from the International and Diplomatic Sciences course at the University of Trieste, he is an analyst at the Vitale Institute for Geopolitcal Studies. Passionate about languages, she holds an intermediate-advanced level of seven languages of which she is fluent in English, French, Spanish and Portuguese. Attentive to the evolution of climate change with interests in the field of renewable energy, she also attended for a university semester at the UNL, also known as Universidade Nova de Lisboa, an university with an internationally recognized quality of teaching and research. 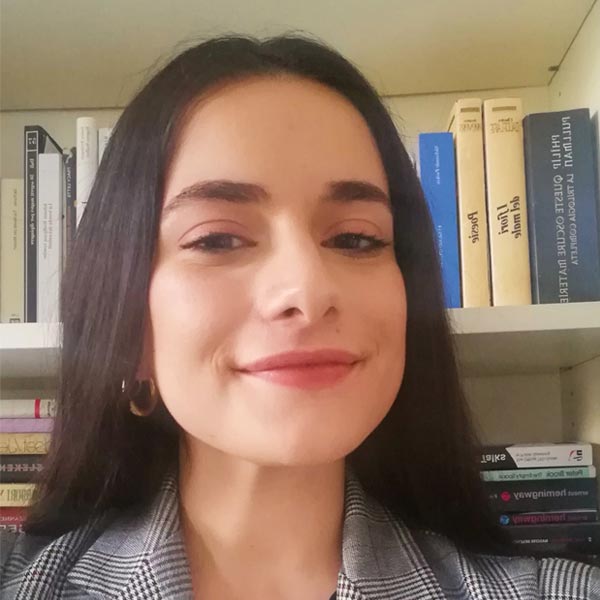 He attended the degree course in Political Science at the LUISS Guido Carli University in Rome, after having completed his high school diploma, classical address, at the Paolo Diacono National Boarding School in Cividale del Friuli. Passionate about India, she follows the activities of Sunita Narain, the Indian environmentalist who fights for “green” development models and who has been included among the most influential people in the world by Time magazine. He has followed various Debate projects both in Italy and abroad. 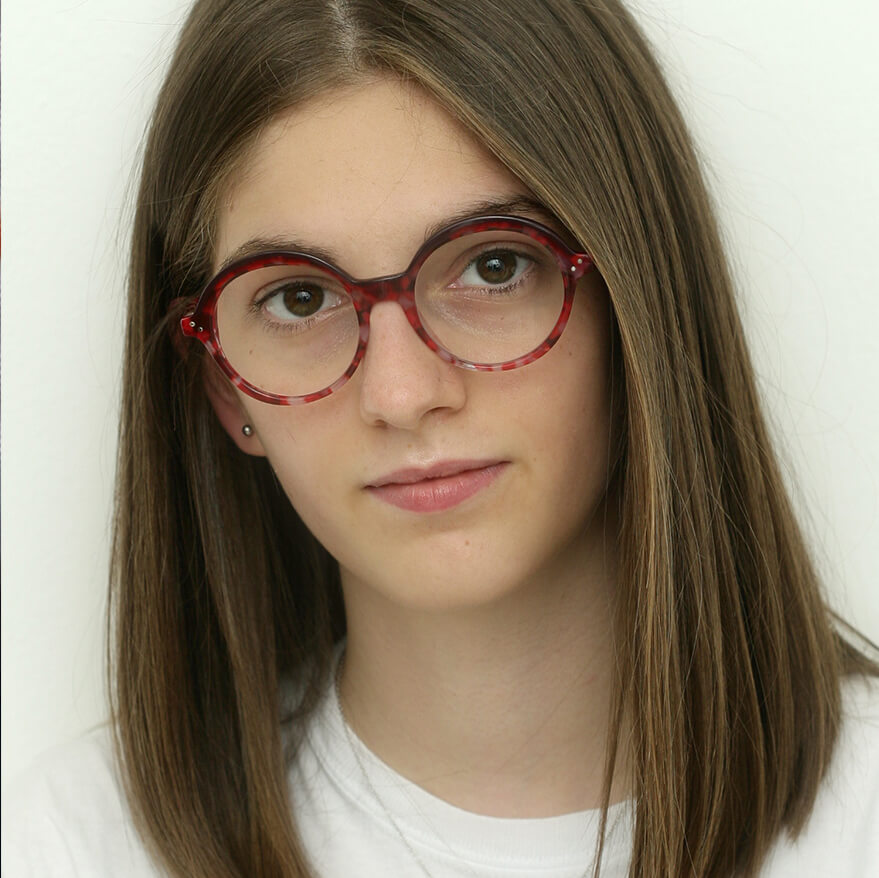 Born in 1998, he was born and raised in Trieste, where he obtained a degree in International and Diplomatic Sciences. He has gained several study experiences abroad, as well as working as a technical-organizational assistant and peer educator. He is interested in international relations and diplomatic communication, and is passionate about the geopolitics of Asia, with particular reference to the socio-political context of the People’s Republic of China. 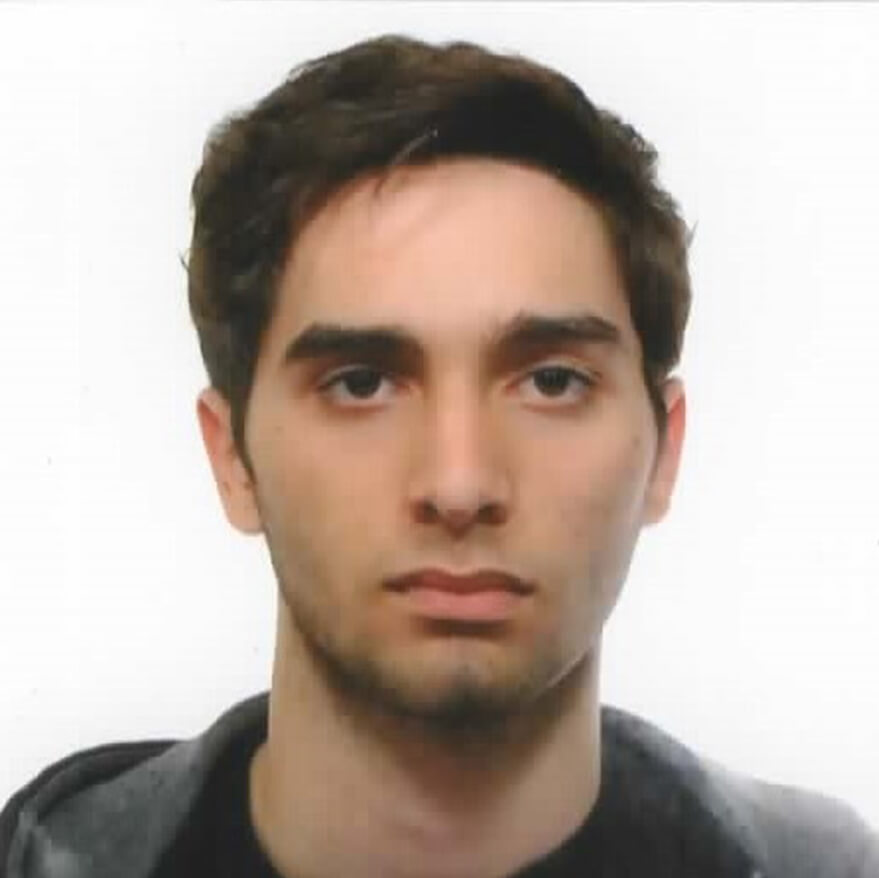 Born in Chianciano Terme, in the province of Siena, in 1974, he graduated in Telecommunications Engineering at the University of Siena. Journalist registered with the Order since 1999, collaborator of the newspapers “La Nazione”, “La Gazzetta dello sport”, “Il Corriere di Arezzo” and “Nuovo corriere aretino”, as well as for the TV stations “Rtv38”, “Teletruria”, “Rtv2” was editor and then director in charge of the television station “Valdarno Channel”. Currently he is in charge of the Secretariat of the Mayor of Cavriglia. 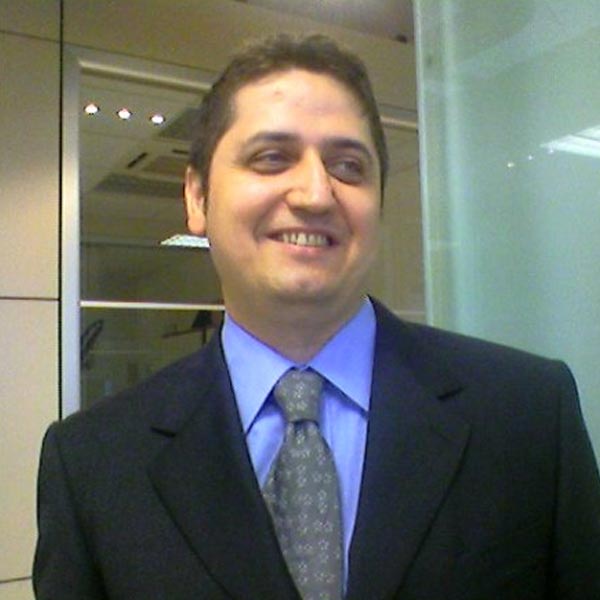 Of Ghanaian origin and graduated in Political Science and International Relations from the University of Trieste, the city where she was president of the Ghanaian student association and an activist in the field of environmental protection. He currently works in London as student relations administrator at the University of Sunderland where he also earned a Masters in Business Administration in Human Resources (MBA) with Distinction. 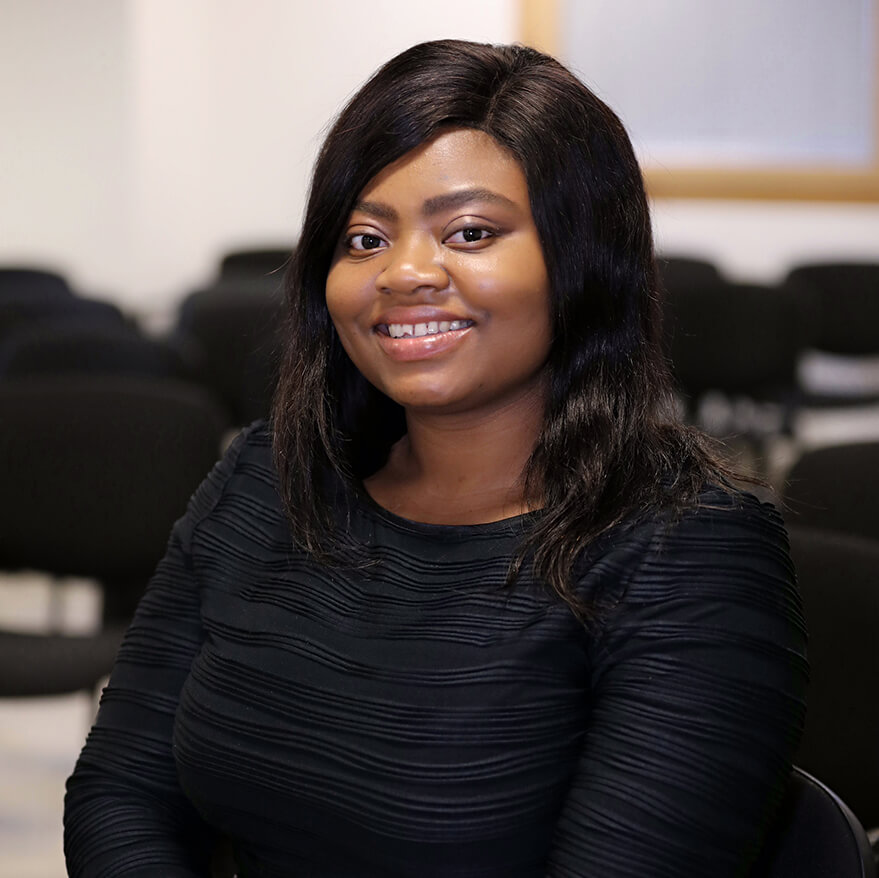 Nicolò Miotto graduated in 2020 in International and Diplomatic Sciences at the University of Trieste. Currently he attends the Master’s degree in International Security, Intelligence and Strategic Studies, awarded by the Universities of Glasgow, Dublin and Prague. His academic interests are related to terrorism, peacekeeping, energy security and cybersecurity. Apart from English, he has good knowledge of French and Spanish. 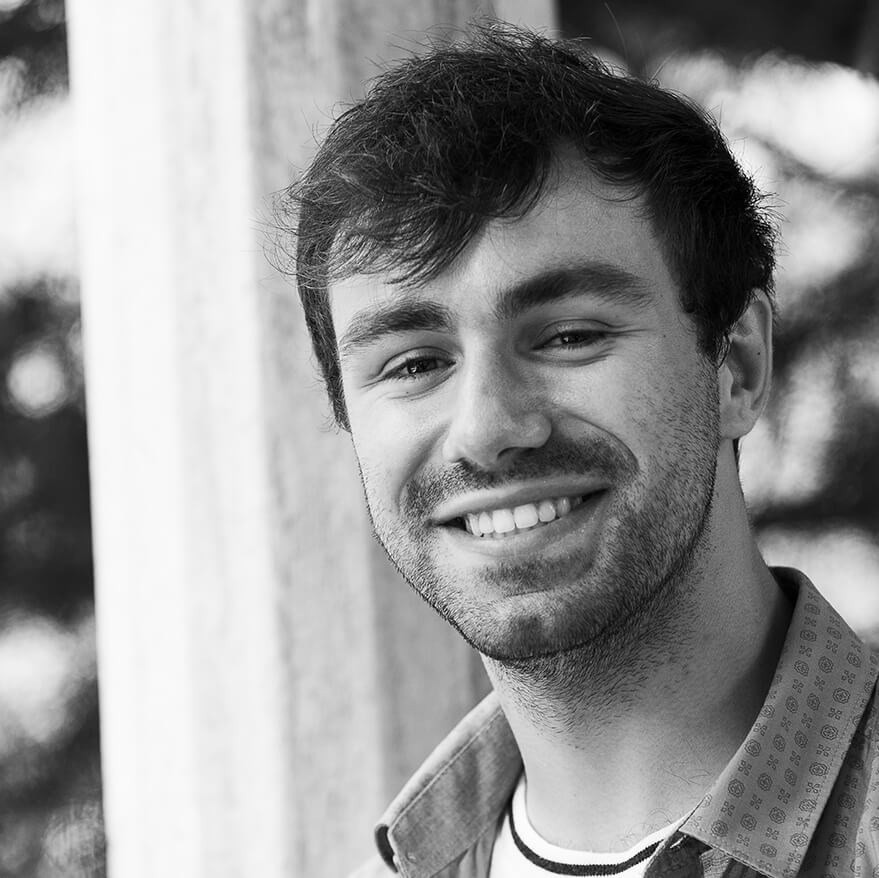 He began his career as a videomaker with the making of short films and experimental films, but the turning point came in Africa where he made a series of documentaries. From that moment on he widened his horizon by making the camera lens an attentive eye linked to environmental and institutional realities, creating video clips and commercials that allowed him to be among the winners of Gabriele Salvadores “Take Action 2014” and BMW “I Superpowers of Paul”. Director and television producer he pays particular attention to documenting the catastrophes resulting from climate change. 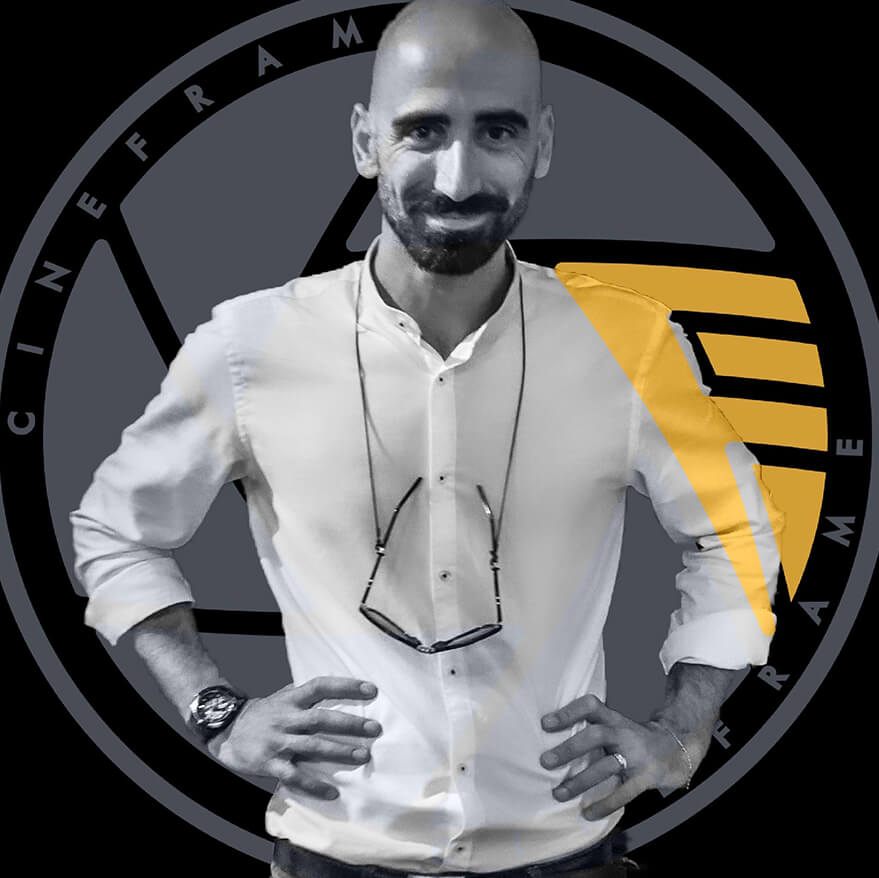